We have a What’sapp group for me, Mrs E & the younger, yet taller little E’s. This allows the elder two to continue to take the mickey out of their parents and brothers whilst still maintaining a safe distance of several hundred miles. This., for those of you with a psych-techno bent, is pretty much a distillation of why any technology actually exists these days, but in fear of going off on a tangent in the second sentence of this blog, let’s not.

Instead, let me share with a posting from #4 to the group, with the caption ‘DIY with Dad today’:

This struck me as particularly ungrateful, given that it was a result of putting up a noticeboard in #4’s bedroom. This exercise needed four holes to be drilled in about the right places. The picture above shows what happened on hole number 2. Hole number 3 was reasonably successful, but was followed by hole number 4, which was delivered with matching plaster crater. Fortunately the full recovery plan was fully invoked by the time Mrs E arrived home. Even more fortunately, Mrs E was away for the week, thereby allowing a certain amount of contingency, including time to dry the recovery paint.

I made the mistake of complaining that I was feeling a bit put out by all these challenges. At least I’d never put any of them in danger through these antics, had I? Within a couple of hours, #3 had posted the photo below, with the caption ‘Dad says we need to help out more with household chores’:

In retrospect, balancing delicately on a 45 degree slope in sandals, with a 12 year old on your shoulders wielding a rusty pair of shears might have been seen as a bit irresponsible, but I don’t believe there were any lasting negative effects. He may have a recurring nightmare about giant barbers, I’ll have to ask.

Anyway, shortly after the apparent delivery of a top of the range noticeboard installation, I was invited to review the challenges of the downstairs cistern. Well, invited might have been the wrong word. As you might have gathered from parts 1-3 of these blogs, Mrs E is loath to invite me to do too much on the construction front, for fear of turning our house into a death trap. I think she fears that, in the style of Father Ted, that I might start off with a small dent to knock out:

…then, a couple of hours later, end up with something like this:

To be fair, she has many years of watching, listening and learning on her side. But with the cistern, I really felt that the time was right to take matters in hand.

The challenge had been building up for some time. If someone needs to visit the bathroom in our house, they go downstairs. So, at the best of times, there’s a certain amount of through traffic. Coupled with a cistern that was taking about 15 minutes to fill up, there have been some fairly embarrassing situations, say at parties, where someone has, let’s say, left something available for display that they’d rather not be witnessed, with no means of hiding it. So they stand outside the door looking embarrassed and blocking the way, or just inside the door, frantically waiting a few minutes, flushing to no effect and then finding that the cistern needs to fill up again from scratch.

Being the householder, and given that the majority of throughput these days is teenage traffic, I think it’s very grounding for them to be thoroughly embarrassed now and again, but sometimes it impacts me or Mrs E, and then Action Must Be Taken. I think the trigger point came a few Sundays ago, when my friend G came round and decided he needed to perform an evacuation procedure ahead of our long run together. Twenty minutes later we were still waiting indoors avoiding eye contact, keener by the moment to experience the fresh air outside.

Naturally, I embarked on the ‘ getting the cistern fixed’ task, later that day, almost to the minute of the advertised DIY store closing time.

“Are you sure that’s wise?” said Mrs E, which was code for “Please don’t do that, you hopeless cretin”

“Yes, I know what I’m doing”, I replied, which was code for “I am blatantly lying to my own wife”

Water off, cistern drained – check. Remove all fittings, check. Disassemble all parts, ensuring that none are lost – check. Understand how the cistern fills up and valve assembly works – check. Find a solid piece of pesky limescale that had been blocking the valve – result!

Everything reassembled and fully working, all within a couple of hours. Water back on, and very very little left on the floor.

“My work here is done”, I called out gleefully, which was code for “I’m not actually going to make a fuss about you clearly not trusting me to carry out these complex practical tasks. But if you poured me a large drink and showered kisses on my upturned face, that might not go amiss”

“Really?” she replied, which was code for “I’m not entirely sure I’d put too much store in what you’ve said, never mind what you’ve just thought”.

As the next few hours wore on, the overall feeling of suspicion dissipated. At no point in the evening had I had to call out an emergency plumber. There were no evident leaks in the bathroom. At around midnight, it was time to go to bed. Mrs E deals with the dog, I deal with the hamster, and I decide to have a celebratory pee, having had a pretty good and disaster free day.

Which is how the evening would have ended, had I not actually made the mistake of flushing. I’d noticed a slight vibration in the earlier commissioning test stage of the process, and not thought much of it. This noise that we got now though was not really in ‘ignoring’ territory. In fact, it wasn’t really noise, as such. The whole house was vibrating, and the noise that was being made was like the foghorn from something slightly larger than the Titanic. It was pretty awesome, as it happened, it was like the entire house had forgotten to change out of a high gear on a particularly long hill climb.

I spent a while marvelling at the wonders of what a very small amount of water could do to create a house that was managing to announce itself to a three mile radius. All that money that we spend on early warning systems – the government could just employ me to install some small bathroom cisterns in strategic locations.

I wasn’t alone with my thoughts for long. I looked upstairs and there were various members of the family, framed in a similar way to that iconic Beatles picture, looking down amusedly at the hapless twit below. 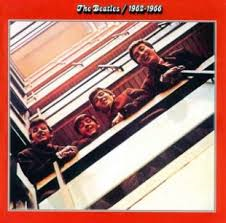 You’ll be pleased to know that after some mercy dashes to Screwfix, where I was treated with undeserved patience on all of my three visits, a new fully working cistern was installed within 24 hours. I wasn’t even phased by having a conversation involving a ‘bottom entry system’, avoiding both eye contact and the prospect of turning into a Rik Mayall character.

“All fixed”, I said, when my wife got home on Monday evening.

“Right”, said she, perhaps extending the ‘igh’ bit of the word a bit unduly.

Flushed with success (really, these jokes are just writing themselves), and needing to prove myself a little further on the DIY front, I noticed that there were some headphones that needed fixing; the little bits that go in the ear had worked loose. Finding the tube of superglue, I got them all fixed within a couple of minutes. There’s another story to tell about how superglue doesn’t actually dry instantly, and that you should be in too much of a hurry to test the dryness…but that’s too painful to tell now.

Until next time, be careful with those sharp tools.